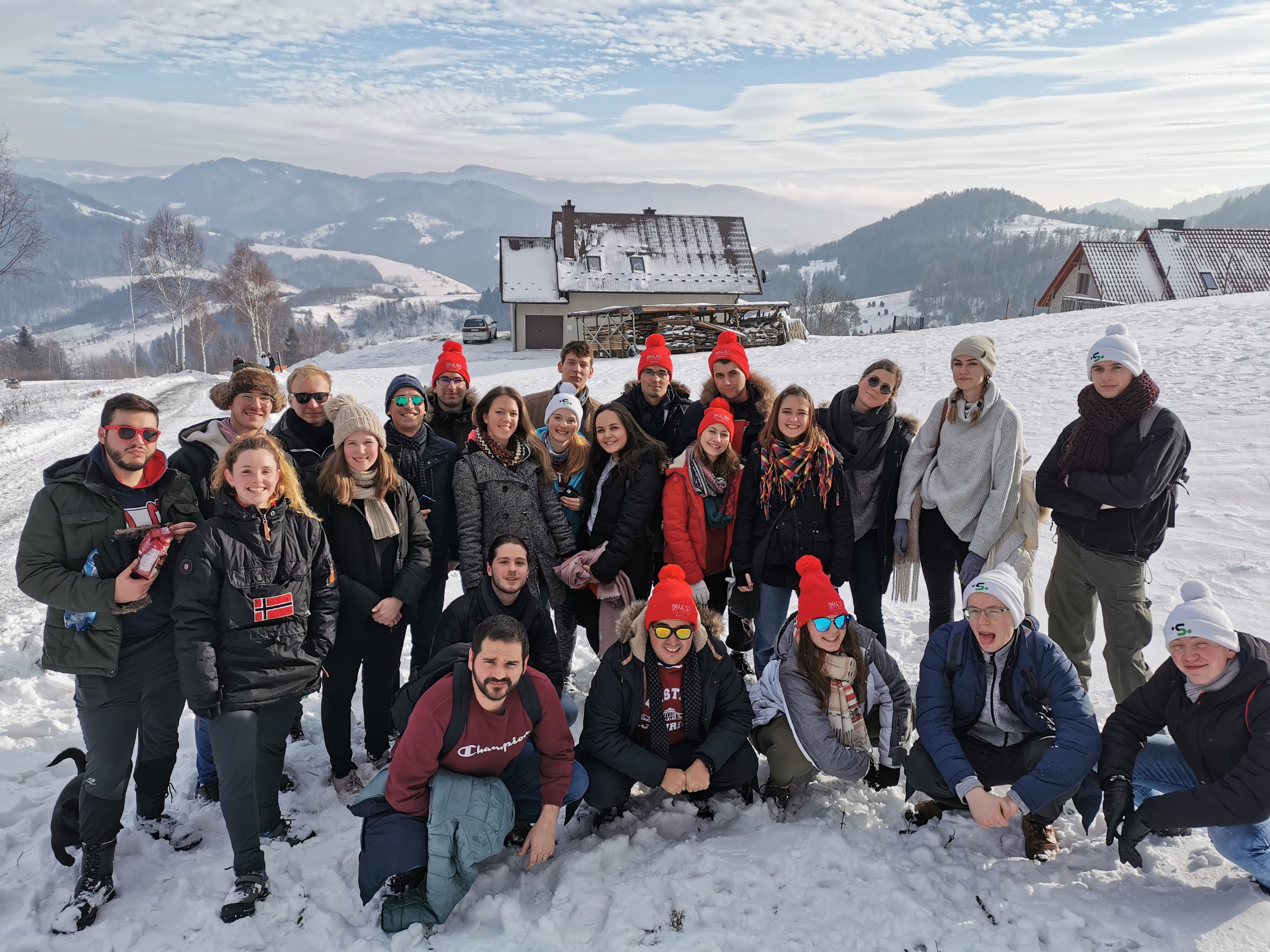 From 30.12.2019 to 02.01.2020 the AGH Krakow organized the New Year’s Eve IMW. Our LC Aachen was represented by four EESTECers. The event took place 2,5 hours away from Krakow, in a small village called Piwniczna.

We were welcomed with traditional Polish music and a campfire. And not to forget with plenty of soplica. Every evening had its own theme. On the first night a hardbass party was held in the in-house party room.

The next morning, after an invigorating breakfast, LC Aachen and 30 other EESTECers went on a hike into the snow-covered mountains. We also had the opportunity to go skiing or skating. Besides the beautiful landscape, we also had time to make friends with the other EESTECers. Back in the hostel we all dressed in the style of the 20’s and celebrated legendary into the new decade.

On New Year the deeper meaning of the name “Noodles Yeti Ecstasy”, the IMW, was revealed to us. Afterwards there was a Flunkyball tournament, where LC Aachen together with LC Duisburg came out as winners. On the last evening there was traditionally an International Night, where the LCs presented their best and most delicious specialities.

With a heavy heart all LCs said goodbye to each other and started their journey home. Finally, one really has to praise the organizers, who put such an unforgettable event together.